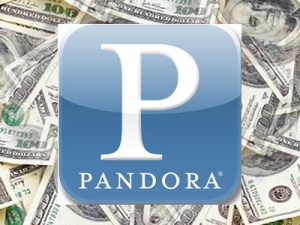 The music industry has been following Pandora’s IPO with baited breath and has largely been encouraged by the degree to which the financial markets value one of the few true gems of the digital music space. But it doesn’t all smell of roses. Indeed Pandora’s Tim Westergren has made no secret of his concern over how large a share of his revenues are accounted for by royalty payments: they are by far the largest single cost and following a (very) brief spike into profitability Pandora remains unprofitable, despite massive consumer adoption.

The debate about royalty payments and music service profitability is well documented – profitability remains a wishful daydream for Spotify and even Apple only just break even on iTunes. But a quote from Pandora’s CTO Tom Conrad opens up an intriguing new angle:

“The figure that surprises most folks is that about 80 percent of music consumed each week comes from music radio. Only 20 percent comes from owned music. We’re really focused on defining the future of radio. That’s the mainstream opportunity.”

If streaming is the future of music consumption it raises some big questions because there are inherent tensions and contradictions in the current situation:

The irony is that the more successful they become in terms of listening hours and user adoption the more rights owners feel concerned about them cannibalizing higher value ownership based transactions such as downloads and CDs. And in turn the more tempted they may be to hike royalty fees.

The future of music consumption is going to become increasingly access-based. There’s simply no escaping the fact. And yet the current digital music value chain is not prepared for it. Something needs to change, and soon. More common ground needs to be found between rights holder and services but also new types of services are required that throw the out-dated distinctions between ownership and listening out of the window.

The future of music will be access based, but access has to mean much more than streaming alone.

16 thoughts on “Can The Music Industry Afford Pandora to be the Shape of the Future?”