When Kanye West started tinkering with ‘The Life Of Pablo’ he triggered a minor maelstrom of chatter among the music business and his fans alike. From a month after the album had been made available exclusively on Tidal, Kanye started changing track names here, adding lines there, re-mastering here, giving guest vocalists more space there. Cynics might argue that the changes started to happen just after the Tidal free trial period ended for fans who’d signed up to access the album. But the changes carried on months after and doubtlessly will continue to do so. As intriguing as Kanye’s tampering may be though, the really surprising thing is its exceptionality – why in these digital days, where shelves of physical products are a dying breed, do 99.99% of artists and labels still allow themselves to be constrained by the straight jacket of the album, turning everything into a creative full stop?

The Long And Windy Road Of Hallelujah 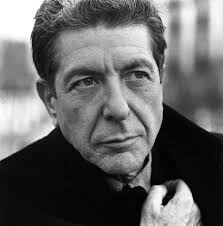 In his excellent podcast series ‘Revisionist History’, Malcolm Gladwell – he of ‘The Tipping Point’ – focuses one episode on Leonard Cohen’s ‘Hallelujah’. Nowadays ‘Hallelujah’ is widely recognized as a masterpiece but it went on an epic journey to acquire that status. ‘Hallelujah’ starts out as a mediocre track on a 1984 album ‘Various Positions’ that Cohen’s label CBS refused to release and is instead put out by indie Passport Records. The release, as Gladwell puts it, “barely makes a ripple”. The magic in the song was all but invisible at this stage. But Cohen doesn’t see that 1984 recording as the end of the story, in fact it is just the start. Over the following years playing live he tinkers, tampers and reworks ‘Hallelujah’, slowing it down, making it twice as long, changing verses and making it even darker.

Finally, John Cale sees Cohen playing a reworked version at a gig and there is enough magic in it to compel him to ask Cohen to send him the lyrics so he can record his own version. Cohen then faxed Cale fifteen pages of lyrics (reflecting just how much tinkering he had done) and Cale “went through and just picked out the cheeky verses.” His recording of ‘Hallelujah’ is the first of the song as the world knows it – in part because it ended up on Shrek. The magic is finally released, or as Gladwell puts it Cale “cracks the code of ‘Hallelujah’”. 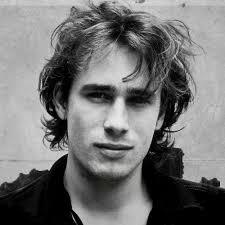 Cale’s version appears on an obscure Leonard Cohen tribute album put together by a French Music magazine ‘I’m Your Fan’ which by pure serendipity ends up in the CD collection of a woman who a certain Jeff Buckley is house sitting for. He hears Cale’s version, is blown away, and performs his take on Cale’s take. A Colombia A&R exec hears Buckley performing it, is equally blown away, signs him up and records it in what would prove to be Buckley’s only – but highly influential – 1994 studio album ‘Grace’. Buckley’s version becomes the defining version of ‘Hallelujah’ and connects it with the world.

The Pseudo-Permanence Of Mass Media Was A Historical Anomaly

‘Hallelujah’s tale may be an exceptional one yet it also applies to all songs. Singers and bands reworking old songs into their live performances is no new thing, they like to update the songs to make them match where they are now as people, performers and songwriters. But only rarely does that then translate into a new recorded version. And this is the problem with record media. It creates an entirely arbitrary creative full stop. This though, isn’t the natural state of things.

The pseudo-permanence of mass media is an artefact of the distribution era, of the time when people were conditioned to believe that everyone could own their favourite music, movies and TV shows for ever. But of course nothing last for ever, especially not recorded media. Vinyl scratches and warps, cassette tapes degrade, DVDs and CDs lose their reflective quality and crack. And then to compound matters, these physical formats die out as products. So the ‘permanence’ was only ever transient. Nonetheless it ossified the creative output. 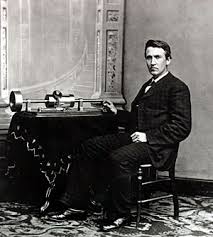 Until Edison invented the Phonograph in 1887, music, with the exception of the highly regimented genre classical music which was ossified in musical score – though reinterpreted by conductors, was an ever evolving thing. Folk songs morphed out of all recognition as they passed down the generations, jazz musicians would tear apart songs with their own interpretations, blues numbers would ebb and flow like the Mississippi delta with each subsequent interpretation. No one ‘owned’ the music in the moment and no one ‘knew’ the correct performance of it because there was no ‘correct’ official performance. Radio and the phonograph changed all that. But now, with streaming there is no need for this arbitrary ossification of music. Music can return to its living breathing roots rather than imitating a museum piece in a glass case.

There is a very important cultural reason why the creative full stop needs consigning to the waste bin of history: it curtails creativity. In his podcast Gladwell outlines two key types of innovators:

Both groups have creative geniuses within them. Pablo Picasso was a conceptual innovator, bursting onto the scene and transforming the art world in an instant. Paul Cézanne though, an equally important artist from the same era, was entirely different, he would create endless different versions of paintings, often not finishing or even destroying them. He was on a continual journey of creative discovery, he was an experimental innovator.

Recorded media forces experimental innovators into the confines of conceptual innovators. Which means that so much great music was never allowed to find its true greatness, instead being bound to a recording long before it was ready to be. During his updates to ‘Life Of Pablo’ Kanye wrote “Fixing Wolves 2day… Worked on it for 3 weeks.”  He’s an experimental innovator, a perfectionist. The irony is that the album he continually hones is called ‘The Life Of Pablo’, which quite probably refers to that archetype of the conceptual innovator Picasso (Kanye even said once “My goal, if I was going to do art, fine art, would have been to become Picasso or greater.”). So a more appropriate name for the album would have been called ‘The Life Of Paul [Cézanne]’ 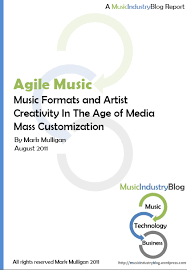 Back in 2011 I wrote a report entitled ‘Agile Music: Music Formats and Artist Creativity In The Age of Media Mass Customization’ – you can still download it for free here and you can watch my Midem keynote here. In it I made a case for bringing audiences into the creative process and for the death of the creative full stop; for music to become a living, breathing entity that artists can continually edit and evolve. Almost exactly 5 years on and virtually no one, Kanye obviously excepted, is doing this. Why? Because artists and labels still have static audio files as their reference points. Yet there is simply no need for this to be the case anymore. Sure, there has to be caution – if every single track changes all the time audiences would oscillate between apoplexy and utter confusion. But with moderation and clear context, Agile Music can reclaim music from the orthodoxy of the physical format that somehow still dictates the streaming environment. As more artists and labels embrace the approach, brace yourself for ‘Hallelujah’s becoming the norm not the exception.

18 thoughts on “Kanye West, Leonard Cohen And Death Of The Creative Full Stop”